The national weeks of various kinds are about to descend upon us, and the one that is nearest is the “farthest fetched” in my opinion.

Whoever heard of its being necessary to wrap candy in attractive paper to tempt children’s appetites? Mine would eat it out of tarpaper and enjoy it to the last sticky drop. But with me, that is another story. What I have to say on the subject of candy will have to be applied to you own individual case. If you are Mr. Spratt, let alone for the same good reason that Mrs. Jack can eat it with impunity.

Before the advent of toothbrushes for children, every case of toothache was laid at the door of candy until there was a guilty pleasure as well as sweetness in every piece of candy that the children ate. Then, as the feeding of children became a science, the very particular mother used to brag, “Mine does not even know what candy is.” I used to feel rather sorry for the poor little kid that had never had the fun of even a little bite. And I can remember the one friend that was the proudest reading in a magazine one day that a child that had been eating sand had been cured by being allowed to eat candy. With that information, her baby was given an intensive diet of sugar for a while, and, strange to say, she quit eating dirt. Of course it was not candy that she was feeling the lack of, especially, it was rather the carbon, hydrogen and oxygen that her little body knew that it needed.

The point of the matter is, put candy in its proper classification as a food, use it as such and take advantage of it as a delicacy. Sugar is the most readily digested, assimilated and converted into heat and energy of any of the carbohydrates. A crying child, dragging at its mother’s skirts on a shopping tour is instantly happy with a piece of candy, not just because it has been humored, but because the little body just grabs it and uses it to over come fatigue.

Honey is even more easily changed into body fuel than cane sugar because it is a step nearer the form that the body uses. In the first steps in the digestion of the cane, it is changed to a form comparable with honey. Many a pile of spinach has disappeared because bread and honey next on the menu. Try it, not because they cry for it but because it is a food.

Add it to the lunch basket in the amounts that you are willing for them to have. Of course, you know the chances are that it will be an hors d’oeuvre rather than a dessert, but forget it and know that your child is jammed full of calories for the afternoon game of football or tennis.

The following table is interesting in that it gives the number of calories of the different candies. After reading, you plump ladies will never again enjoy just the little piece that you have been trying to make yourself believe would not do much additional damage to your figure. 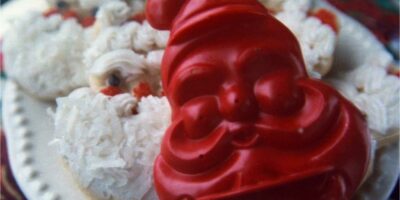