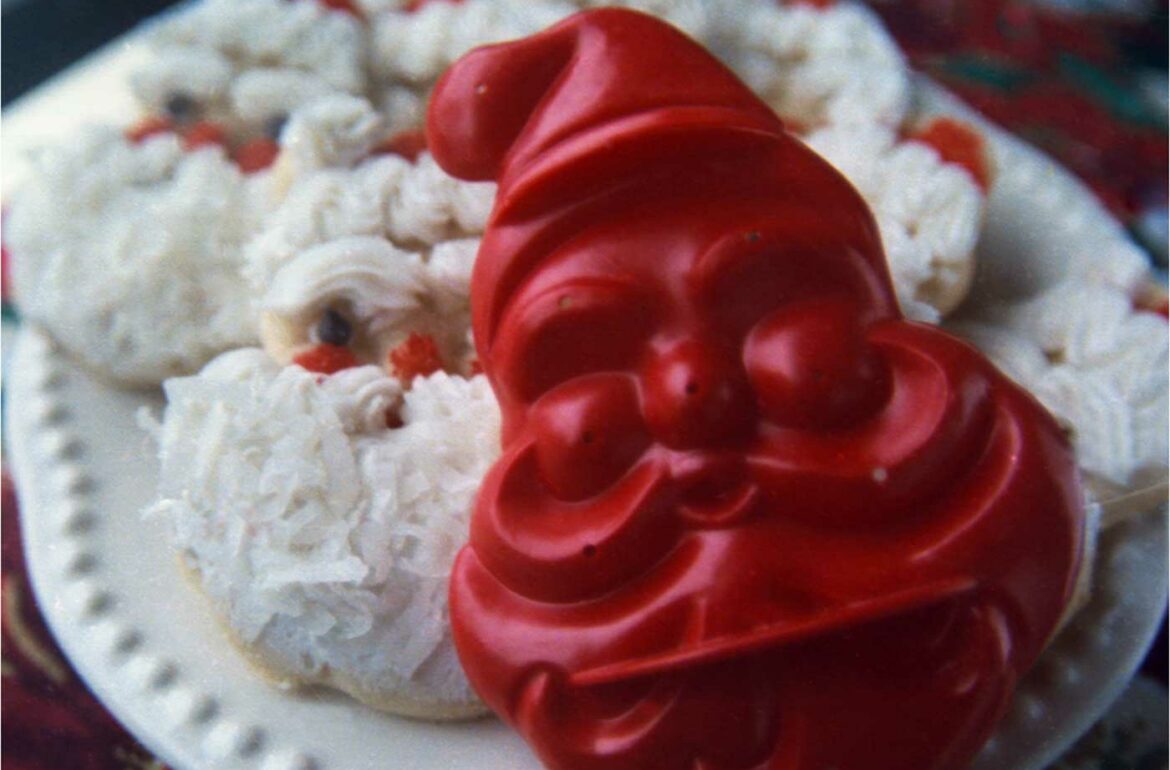 In the yellowed clippings of a dusty library that the computer age forgot, every Tulsa World food writer has met Aunt Chick.

It always starts with a phone call around Christmas. Someone wants to replace an Aunt Chick cookie cutter that has finally worn out from so many years of use. Or her sugar cookie recipe.

And that starts the search, which quickly becomes an obsession.

Who wouldn’t be intrigued by this woman? A rich banker’s wife, who secretly starts writing a Tulsa World food column under a nom-de-plume, concealing her identity from her husband. A woman who would go on to perfect pie crust. Who would solve the problem of weepy meringue? Who would practically invent the plastic cookie cutter?

She was her generation’s, Martha Stewart.

In 1973, a food writer started an article this way: “Mrs. Sam McBirney is ‘Aunt Chick’ to every housewife in the country who has a little gray in her hair.”

And she’s being discovered by another generation of cooks.

A woman to be reckoned with

She lived in an age when women didn’t use their first names, so she was known as Mrs. Sam McBirney in the society columns. Even decades after her husband’s death, it’s tough to find her name — Nettie.

Maybe that says something about those first anonymous days as a newspaper writer.

It was the Great Depression, and her husband was one of the lucky few who wasn’t financially devastated. Of course, his wife shouldn’t work.

“That crazy woman will start a run on the bank if people think she has to work!” he’s said to have shouted when he discovered his wife’s secret.

But she was a woman to be reckoned with. It’s obvious in her writing that she doesn’t mince words.

In a 1935 story about candy, she sternly cautions her readers about the calories in those hard candies and Jordan almonds.

“After reading (this), you plump ladies will never again enjoy just the little piece that you have been trying to make yourself believe would not do much additional damage to your figure,” she writes. She continued to write columns for 20 years.

But that was just the beginning for Mrs. McBirney. 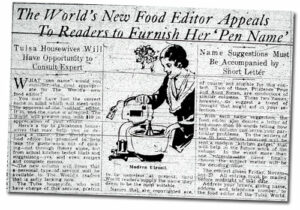 She heard the gripes of her readers who just couldn’t make a pie crust. Convinced that they just needed the right tools, she invented them.

She took an underwear band and made up a rolling pin cover. With the help of a chemist, she came up with a pastry canvas that wouldn’t shrink. Then she took her products to the owner of Vandever’s Department Store — the grand dame of Tulsa shopping at the time — and convinced him to let her do cooking shows.

A huge success, she took her show on the road, going to all of the leading stores in the nation.

Then she tackled the soggy crust by inventing a wire-bottomed pie pan. And she listened to the young women who came to hear her speak and discovered a few things that changed the culinary world.

A young woman in one of Mrs. McBirney’s classes mentioned that she never had a problem with weepy meringue. After grilling the woman, Mrs. McBirney hit on her secret. A broken oven kept the door ajar. The practice soon became widely respected.

But we still haven’t talked about those cookie cutters. The point of this search.

Plastic was a relatively exotic material, but it was becoming more common in Mrs. McBirney’s early days as a columnist. But it didn’t make a very good cookie cutter because it didn’t want to let go of the cookie dough.

Fit for a prince

Convinced that there was a way to improve on it, Mrs. McBirney “studied the problem and found a way out,” a food writer in 1949 wrote.

“Her cookie cutters have no right angles or glossy back. They are all curves or obtuse angles.” And then there were these funny bumps on the inside of the red plastic. Those bumps helped the dough slide out of the cutter.

She designed a Santa Claus, a stocking filled with toys, a star, and a Christmas tree. They were detailed, down to the toe patch on the stocking and the curls on Santa’s beard.

Then came a snowman, a rather evil-looking Jack-O-Lantern, and other classic shapes.

There had never been anything like them, and they’re probably haven’t been since.

Sold by mail-order from Tulsa, they were a hit. The story has been told many times, by many food writers, that England’s Princess Margaret ordered the cookie cutters for Prince Charles’ fourth Christmas.

Sent in a box with detailed directions such as, “Don’t dawdle, sit down while you’re decorating these cookies.” They were in hundreds of thousands of homes.

But by the time Mrs. McBirney died in 1982, the cutters were hard to find.

Bakers started hoarding them, hating to use them for fear they would break.

It’s what happened to Carrie Greno. Her family’s set was well-loved. Not only had the cutters been used in the family baking for three decades, but her grandmother had used them for some commercial baking — making more than 12,000 cookies one Christmas alone.

“There was hysteria and we tried everything to salvage our remaining cutters,” she says from her office in Florida. So when Greno’s aunt found a woman who was still making the cutters in the late ’80s, the family bought the mold, copyright, and all the remaining cutters from her. 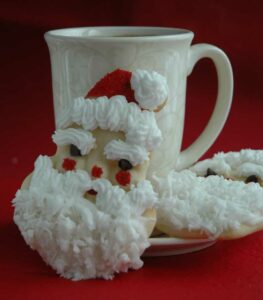 Then Greno threw herself into researching the history of Aunt Chick, buying the company from her parents and renaming it Gramma’s Cutters. She eventually found a warehouse that was full of unsold cookie cutters. She bought them all.

She set up a Web site, www.grammascutters.com, and dedicated it to all things Aunt Chick.

She sells the cutters — the originals and reproductions — and lets people tell their favorite stories. She’s lovingly collected Aunt Chick’s food columns and reprinted her recipes.

“The more research I do on Aunt Chick, Nettie McBirney, the more I really like her, and her customers loved her, too,” Greno says.

Take, for example, Gramma’s Cutters customer Peggy Wise, who writes on the Web site, “OH MY GOSH!! … I have been looking for Aunt Chicks for years. To make a long story short, my sister taught me when I was little (we are 15 years apart and she is 65 years old). I begged her for the extra cutters that she had and for years have been teaching my kids the art.”

She’s going to buy sets for all nine of her children.

And people like Ginger Wild, a Tulsan, whose letter started this current search for Aunt Chick.

When we asked for your Christmas traditions and favorite recipes this year, Wild sent in a recipe for Aunt Chick’s sugar cookies and a request.

“Christmas would not be the same without our ‘Aunt Chick’ Santa cookies,” she wrote. “According to the fading box, the cutters were manufactured and sold by the Four McBs, Utica Square, Tulsa, OK. (Probably beginning around 1930).

“Only wish we knew the complete history of ‘Aunt Chick.’ ”